How Human-Centered Designs Can Transform a Billion Lives

The growth of the internet is well documented and by the end of the day, 6,00,000 new users would have gone online for the first time in their lives. While people in the urban and developed parts of the world take the internet and access to knowledge for granted, there are regions around the world where millions of people are still waiting to get their first taste of access to digital information.

In the last decade, the growth of internet accessibility has been phenomenal. From 1.8 billion users in 2011, we now have approximately five billion internet users in 2022 (Statista).

It is interesting to note that most of the new users haven’t logged in from Western Europe, North America, and China, who are the global leaders in terms of internet penetration.

However, they have come from places as far as Uganda, India, Argentina, Morocco, and Ethiopia. As the internet reaches the furthest corners of the globe and millions of new users log in every month, it will be important for designers to focus on human-centered Designs.

What Is a Human-Centered Design?

It is a design philosophy that is focused on addressing the core needs of users who face problems. Unlike other design philosophies, human-centered design aims to understand the perspective of users and create solutions that truly empower them.

For instance, if the design team is designing an app or website for the senior population, they would focus on the iconography and typography that is easier for people with weakening eyesight to understand and take intended actions.

Modern-day web and application design draws inspiration from this design philosophy to take technology to the masses. The idea is to reach out to the next set of users who are going online as the internet reaches the remotest islands and countryside.

This is an ongoing information revolution in different parts of the world to connect and empower people using the internet and human-centered design is playing a key role here.

Here is how human-centered designs can transform billions of lives:

Healthcare infrastructure, social security, and access to education in developing and under-developed regions of the world aren’t the same as in developed countries.

A higher percentage of the population has disabilities in these parts of the world. Along with the physical disabilities, there are also several other issues with gender inequality, posttraumatic stress disorder due to war, and ethnic conflicts.

Here it becomes important for designers to make websites that are more accessible for the end-users. The design philosophy that is successful in developed parts of the world might not yield the same success in developing and under-developed regions.

In its early days, the internet evolved as an English-only medium. As its usage spread to the developed parts of the world, we saw the emergence of several other languages.

The next billion internet users are expected to join from the developed and developing parts of the world including India, Sub-Saharan Africa, Indonesia, South America to name a few.

The language barrier has been gradually broken with websites running in more than a hundred languages. However, designers have a bigger challenge of transcending the cultural, religious, and ethnic barriers.

The design language that is widely accepted in one part of the world might amount to blasphemy in another.

5. Getting over the ‘iPhone Mindset’

Yes, the Apple iPhone is the ultimate smartphone in the world and a symbol of pride for many but the majority of the users in developing parts of the world browse the internet on low-priced and low-specs devices.

iPhone here is a metaphor to represent premium computing and communication devices. As a designer, it is important to focus on reach and not sacrifice it for all the gloss of a website or application –

Did you know there are more than a billion people who live in areas with no access to the internet? Though most of us in the developed world tend to take internet access for granted, the same isn’t true the world over.

Internet access remains a luxury in many parts of the world to this day. People are constantly moving between areas of internet coverage and internet shadow areas.

In many countries, internet access is an urban phenomenon where mobile internet is still a dream for people in the countryside. Even in the urban areas data prices are exorbitantly high and internet speeds are unreliable.

Users in several countries still have to manage their internet quota efficiently. Designers must accept these challenges to overcome the barrier.

#How To Break the No Internet Barrier?

Billions of users around the world are new to the internet and a billion more are expected to go online in the next five years. Every website and application design should consider their needs, the challenges they face and focus on problem-solving for these users.

The approach behind the Human-Centered Design is one of democratization where new users can become part of the global information ecosystem with ease.

If you are looking for human-centered designs that help you reach the new generation of internet users, Growth Natives can help. We are a forward-looking digital agency and have expertise in designing websites and UI for different regions of the world.

Our expert designers keep an eye on the latest trends and employ an innovative approach to overcome linguistic and cultural barriers.

To know more about human-centered Designs and how they can help your business grow in the remotest corners of the world, get in touch with our team at info@growthnatives.com. Visit our website to know more about our services.

How Human-Centered Designs Can Transform a Billion Lives

The growth of the internet is well documented and by the end of the day, 6,00,000 new users would have gone online for the first time in their lives. While people in the urban and developed parts of the world take the internet and access to knowledge for granted, there are regions around the world […]

Usability Testing in UX Design – What You Need to Know

Did you know that 70% of online businesses fail due to poor usability? At the same time, every dollar spent on a good user experience has the potential to earn $100 for a business. Hence, when designing your website or app, usability testing becomes a must. Web design has come a long way since the days […] 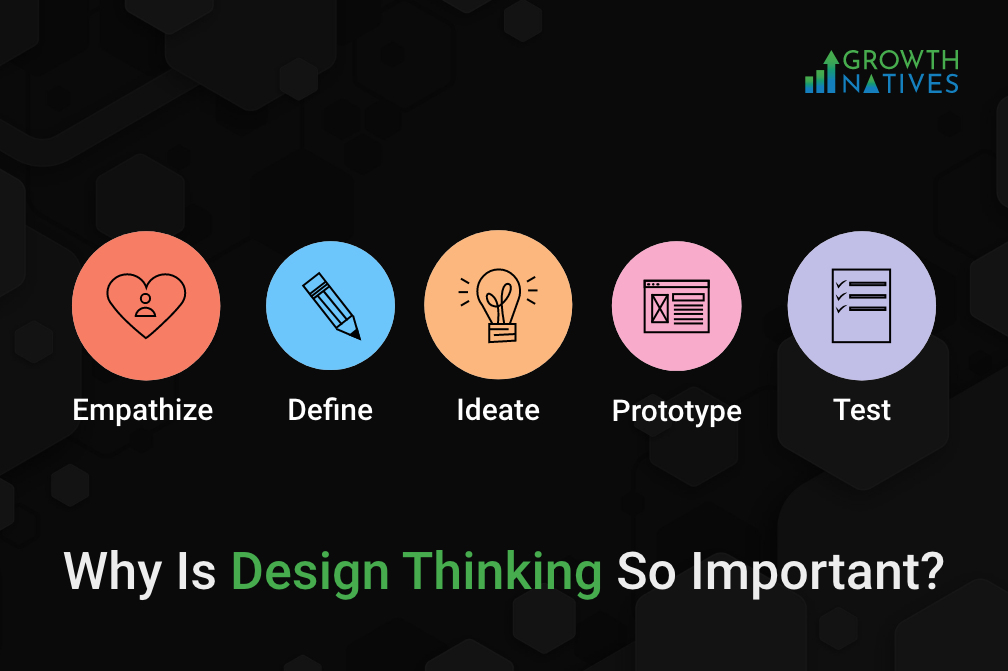 What is Design Thinking? Why is It Important?

Design thinking has been traditionally considered as an indispensable process for designers and innovators to systematically extract, learn, and implement techniques that help solve problems creatively. Tim Brown, CEO of IDEO explains design thinking as “a human-centered approach to innovation that originates from the designer’s toolkit to combine the needs of the people with the […]