Low-Code to No-Code: How Is It Changing the Automation Space?

“The best code is no code at all” - Jeff Atwood

In this age, where the demand for software exceeds the supply of coders, no-code tools have taken over and are helping organizations break free from a shortage of developer skills. When in 2017, Chris Wanstrath, the former CEO of Github said that the future of coding will be no coding at all, he predicted that no-code automation could soon be a considerable alternative to traditional software development programming.

Cut to five years later, no-code automation is one of the fastest growing trends in business and software development. Global sales for no-code development are expected to reach US$ 14 billion by 2022 and are anticipated to reflect a positive CAGR of 29.5%, standing at US$ 187 bn by 2032.

No-code software automation empowers everyday users to drive innovation and develop enterprise-grade solutions without having little to no coding knowledge. No-code automation also comes with certain rewards. In this blog post, we will understand those and how no-code differs from low-code and whether or not it is suitable for your business.

A no-code platform is a tool for building software applications that do not necessarily involve coding. This is a popular and promising alternative to traditional software development. No-code tools typically include a user-friendly interface and drag-and-drop capabilities, allowing you to easily explain the general business logic and see the implementation process.

With the use of a visual development interface and a no-code framework, people who aren't that great with technical skills may construct applications by dragging and dropping software components. Users can efficiently create applications with no-code without having any prior coding skills.

How Does No-Code Work?

No-code is something of a misnomer because there is actually a lot of coding involved, but it is done in the background and is not visible to business users. To effectively hide the complexity of what users do through straightforward actions such as dragging and dropping components to build an application, no-code tool providers use abstraction and encapsulation.

No-code development utilizes a visual integrated development environment, a software suite that combines the fundamental tools needed to create and test software. They frequently employ a model-driven development methodology in which the intended functionality of the software system is mapped out using a software model before any actual coding is done. Model-based testing (MBT) and other techniques can be used to test a software after it has been produced.

Understanding the Difference Between No-Code and Low-Code

Declarative programming or "no code" automation is majorly about what you want, rather than how you get it. Code is a representation of instructions that inform platforms on how to achieve the desired functionality in conventional software application platforms. Instead of defining how an app works because there is no code, the creator specifies what the program does.

Low code platforms, on the other hand, can be utilized by non-technical users as well, but eventually, a developer is needed to complete the task. Users can build their applications up to a certain point using low-code platforms or rapid application tools, and then they can hire a developer to write or customize the remaining portions. The platform receives instructions from developers on how to use the components.

Why Should You Use No-Code Automation?

No-code helps you get rid of any complex business process and replaces them with pre-built modules. Most of the development is done via the drag-and-drop interface. Put another way, no-code architecture tools abstract away a lot of the complexity involved in building the front-end user experience by providing rich models to use and adjust. The time you save by not having to start from scratch with UI/UX will enable you to spend more time with your clients and give them a better app experience.

DevOps approaches for traditional software development are expensive, as you will need to recruit people with advanced technical skills. You may also need to employ front-end and back-end developers, financial and security consultants, and even software and cloud experts to design the project. No-code might not eliminate the necessity for the cost of employing developers, but they undoubtedly provide non-developers enough power to take initiative and develop apps on their own.

You can complete projects without depending on the availability of resources by using no-code automation. Instead, you'll promote independence and productivity across both your IT and non-IT staff.

Traditional hand coding has the drawback that you can't actually change a capability or feature at any time, especially if you're writing in a language you don't know. You can do it without a code. If something needs to be changed, you can modify a matter of hours by simply implementing new logic with no-code automation.

Conclusion: The Future of No-Code Automation

The future of no-code automation seems as bright as the present. As the demand from business professionals exceeds the ability of IT departments to develop and maintain applications. Also, Gartner predicts that nearly 65% of application development will be done by no-code automation by the end of 2024.

No-code automation makes businesses and IT professionals more responsive and self-sufficient. At Growth Natives, we work at something similar. We make automation easier for your business so that you can eliminate unimportant tasks and focus on better strategies to drive your business forward. Looking for more help on no-code automation? Let us experts take the wheel! Write to us at info@growthnatives.com.

There are multiple tools today in the market that help your business needs. HubSpot Sales Hub Professional is one tool that eases your sales process and reduces friction. How? It brings together all the tools and data in one easy-to-use CRM platform. This way, you can put all your attention where it matters: your customers. […] 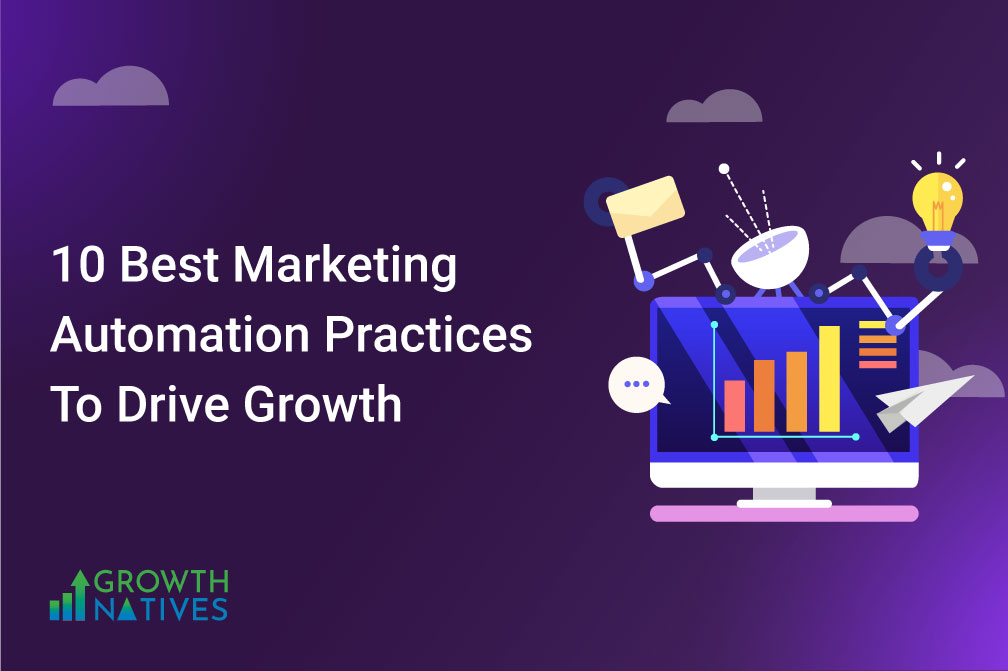 You want to get new leads and convert those leads into customers. In order to do that, you need to effectively target your leads. In the old days, that meant poring over endless spreadsheets, trying to find similarities among leads so you can tailor your marketing as efficiently as possible. Marketing Automation practices have changed […] Why Revenue Operations (RevOps) Is An Important Growth Function?

Revenue is the leading edge metric business uses to measure its success. A research report by Sales Hacker shows that 24% of businesses already have a revenue operations team, while 15.2% are in the process of forming one. This means that 36% are working on getting RevOps or already have the focus in place.  To […]