Now when we talk about back-end development, PHP and Python are taking the heat. Though both of these are highly sought-after languages used today, taking sides in this debate is not easy, and developers will agree.

PHP and Python have been known as the two most popular server-side programming languages that businesses prefer for back-end development.

With neck-to-neck competition, it has become imperative to choose a language that is highly secure, reliable, and scalable. While skilled programmer weighs the benefits of a programming language based on their experience and logical approach, beginners find it a bit intimidating to choose between the two languages to get started with web or mobile app development.

Several programming languages can be used for back-end development, such as C, C++, Java, Ruby. But because of complex coding and syntax used, these can be difficult to learn. Yet, if we talk about PHP and Python, both these languages are easy to learn and use.

If you are wondering which one of the two is the best to start with, then this article will help you!

PHP is an open-source programming language that has long been used to create online applications and is widely used in server-side web development.

1. PHP is easy to code and implement as compared to any other programming language.

2. It provides database integration and supports different databases such as MySQL and Oracle.

1. Developers who have knowledge of programming languages such as C, C++, and Java, find it easy to understand and work.

2. It has a wide range of features, yet it is known as one of the simple and easy-to-understand programming languages.

4. PHP is open-source and free. It may be downloaded from any location and is ready to use in the event of online applications.

5. Applications built on PHP and connected to a database can be loaded quickly.

6. PHP is mostly utilized because it loads faster than other programming languages over sluggish internet connections.

7. PHP offers a library of prewritten routines that users may utilize to improve their programs as needed.

8. PHP allows us a lot of flexibility. It is quite adaptable, and its built-in functions make it simple to connect to a database.

9. It is compatible with several relational database management systems, including MySQL, dBase, IBM DB2, and others.

1. Due to its open-source nature, it is not completely secure as ASCII text files are frequently available.

3. PHP does not allow for the simultaneous operation of numerous features. In fact, utilizing more capabilities from the PHP tools might cause performance issues.

4. It is really difficult to handle because it is not modular. It already mimics the characteristics of the Java programming language.

Regardless, with such widespread use of the programming language, it is evident that PHP's benefits outnumber its drawbacks. As a result, it still maintains a sizable development community.

2. Python language is easy to learn, understand, and work on.

3. Python provides the ideal structure and assistance for complex programs.

5. It helps with testing and troubleshooting in an interactive fashion.

1. A high-level programming language that is easy to learn and write.

2. As compared to programming languages like Java, C, and C++, Python requires fewer lines of code to perform.

3. Due to its simplicity and easy syntax, Python is known as an extremely productive language.

4. Python is an interpreted language, which means that it directly executes code line by line.

5. Python is open-source, that is, free to use and share.

6. Python provides extensive library support for all functions and tasks.

1. Python is an interpreted and dynamically typed language that often leads to slow execution and run-time error.

2. As Python uses a large amount of memory, it is not suited for applications that require memory optimization.

Python vs PHP: A Comparison Table

Both PHP and Python have some strong as well as weak points. PHP has been used for years for website development, but with its ease, flexibility, and security, Python is taking over the world of web development. Which one of the two languages you choose over the other depends on your business and project requirements.

If you want to learn more about software development and programming languages, reach out to our experts at info@growthnatives.com or visit our website. 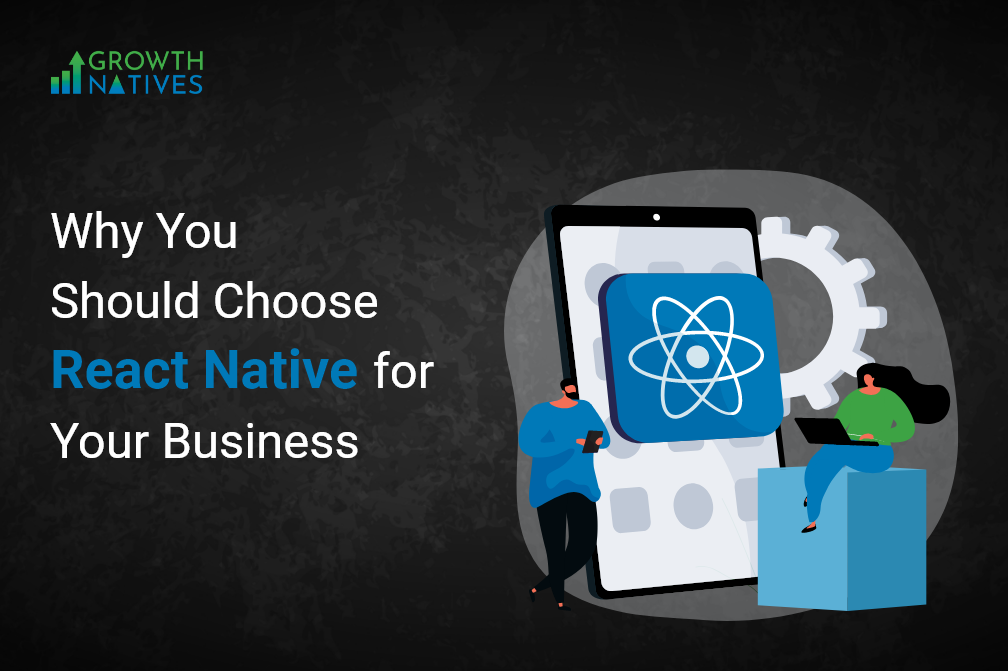 Why You Should Choose React Native for Your Business

You are well aware of the fact that the mobile app market has grown multifold over the last decade. The launch of the iPhone back in 2007 and that of Android OS a couple of years later marked a major inflection point in the world of technology. It changed the way businesses interact with their […] Marketers are early adopters of technology, with studies claiming that an average enterprise uses at least 120 Martech solutions. Despite that, marketers still find it challenging to produce an omnichannel and personalized user experience. The reason? These tools work in silos. Adobe Experience Manager (AEM) overcomes this challenge by efficiently delivering personalized digital experiences to […]

Almost all start-up owners will agree that creating a digital product is no piece of cake. It requires a lot of time, resources, and effort. But that is not the main reason why 90% of start-ups fail.  Today, product development is not about the solution but everything linked with it, including real users. The reason why […]